“I shoot a handful of weddings each year, mostly for people I know or from referrals of people I know.  This summer was all over the map (literally) with weddings in Maui, the Bahamas, Vienna (Austria, not Virginia!) two in the Pacific Northwest and this past weekend, the wedding of Brian Whitehurst and Jeena Kadakia in Brooklyn, NY.

The two-day event began with a Hindu ceremony on Friday. Lots of beautiful colors, traditions and food!”

“Brian has a friend who got us clearance to shoot at Steiner Studios, a huge Hollywood-style production studio on the site of the historic Brooklyn Navy Yard. Lots of films have been shot here as well as shows like HBO’s “Boardwalk Empire.” We were given access to the rooftop of the studios to shoot portraits.”

“We then headed to DUMBO (Down Under the Manhattan Bridge Overpass) which is located around both the Manhattan and Brooklyn Bridges. We weren’t the first to come up with this location for portraits, there must have been a dozen other shoots happening in the area – engagement portraits, wedding couples and fashion shoots.”

“I was fortunate to have such a beautiful couple to photograph on a perfect day with overcast skies so lots of nice, even light. As we walked around the DUMBO area, there were so many great urban backgrounds and locations.“

“A couple of my favorite shots from the wedding and reception.“- at Deity Brooklyn Wedding Venue 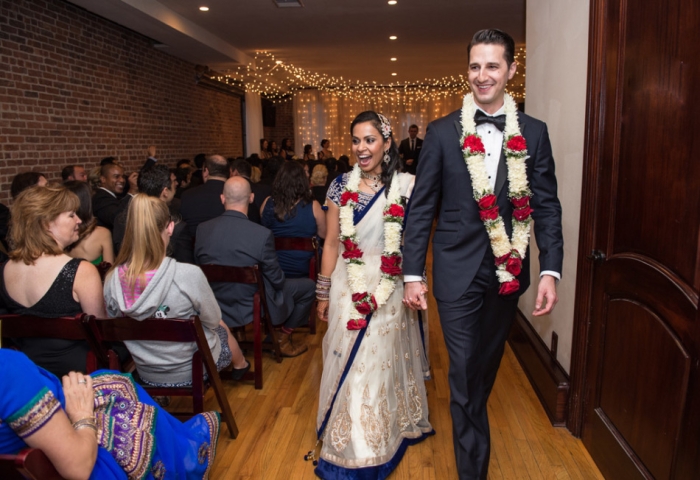 “Brian had an idea for a wedding party portrait, which I didn’t really understand and tried to talk him out of it because the lighting was going to be tricky. We didn’t have a lot of time before the guests arrived and my wireless remote strobes were not working properly. Not to get too geeky technical, but I didn’t want to use direct strobe and the ceiling was black, so bouncing was not an option.  I tried not to panic and thanks to Adam Schultz, my assistant and second shooter for the event, we pulled if off with one strobe covered with a napkin that acted as a diffuser. The strobe was attached to a light stand being held overhead and to the left, by Adam. The result is one of my favorite shots from the wedding! Kind of reminds me of a Sopranos cast shot.” 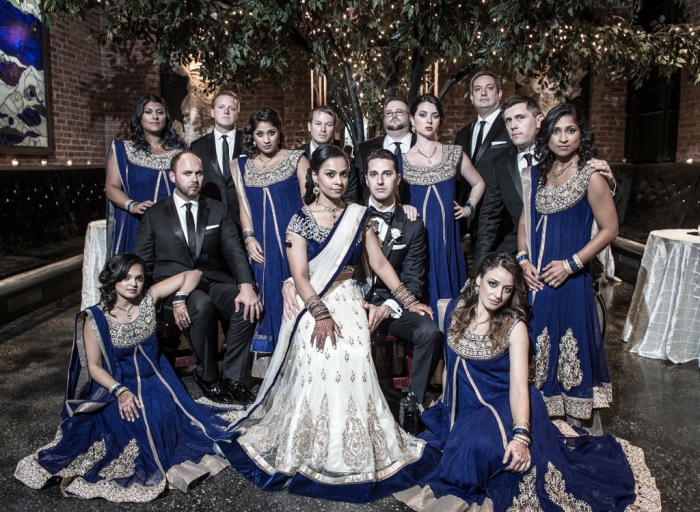