“Cristina and Jonathan’s love story begins in 2006. The two worked at the same company and Jonathan was assigned to fix an issue on Cristina’s work computer. “He took too long to come and access the problem so I complained to my supervisor who in turn yelled at him. He didn’t like me after that. A few months later, our whole office had to get a vaccination shot for tuberculosis and he made fun of me for being afraid of needles. Something compelled me to email him about it and we have been together ever since, almost 9 years,” said Cristina. Cristina and Jonathan solidified their union with a modern Brooklyn wedding, captured by George Street Photo & Video !“

“We were going to hang out and grab food at one of our favorite Brooklyn spots, Brooklyn Bridge Park. It was really hot that day and we were waiting for our daughter’s godmother to show up. I was really hungry and annoyed because she was taking too long to come. I thought it was weird when Jonathan suggested we take some family pictures with our daughter in front the Brooklyn Bridge because he doesn’t like to take photos. While we were doing that, I glimpsed a large crowd of people coming toward us but paid no mind to them but when I look again I realized it was all people that I knew. When I turned around to ask Jonathan what was going on, he was already down on one knee. He didn’t even get a chance to ask me anything because I was hysterically crying. Once I calmed down, he asked me to marry him.” 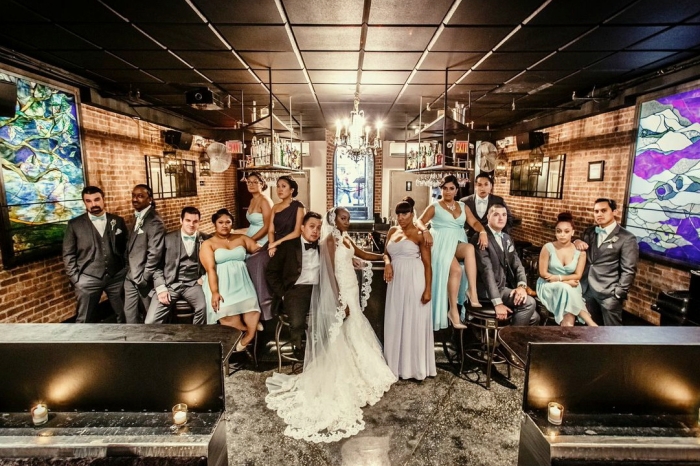 “Our wedding exceeded my wildest expectations. Cristina looked so beautiful in her dress and it was the details that she coordinated that made the day so special for me. From the little touches to our personalized cocktail napkins to big flourishes like having a close friend perform the ceremony, I really have to give her and her vision credit. All of those details, along with spending the day surrounded by family and friends who love and support you, added up to a day I will truly never forget.” 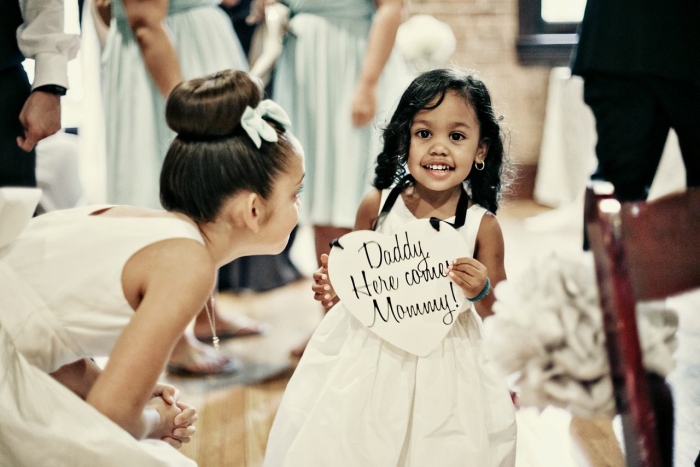 “After planning for 16 months, I was so ready to be married. The day went by so fast and I tried to savor every bit of it. I was really calm throughout the day until it was time for the ceremony to start, that is when I started to get emotional because I realized it was finally happening. Aside from my daughter being born, it was the best day of my life!”

“Listening to his personal vows to me really is the most memorable moment for me. I know he loves me but actually getting to hear his feelings put into words, how much he does and how happy he was to marry me was the greatest feeling.” 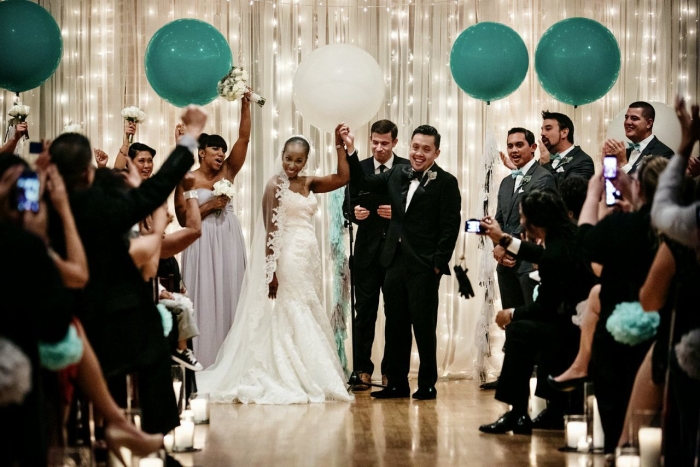 What makes your love special?

“We really are best friends above all else. We moved in together pretty early in our relationship and it was really stressful but also rewarding at the same time. After our daughter was born, that is when we realized we wanted to officially become a family.”

What are you most looking forward to as a married couple?

“Having more kids and spending everyday with my best friend.”

Advice for a Bride/Groom on their wedding day:

“Take a step back and savor the moment. The day goes by so fast and there aren’t many times in your life when you get all your family and friends in one room celebrating with you. Also – Hire a videographer!”